Fame for the NJ Hall of Fame 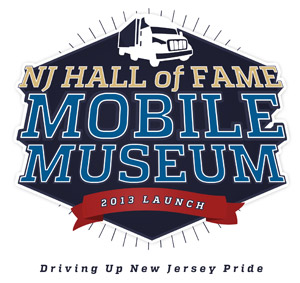 We’re proud to drive up New Jersey pride together with The New Jersey Hall of Fame as we helped bring fame to their new Mobile Museum and exposure for the announcement of their 2013 class of inductees.

A five-person PSC team developed branding for the launch and executed a full campaign, including multi-city media tour starting with a media launch and ceremony at Liberty State Park. PSC organized social media complete with “memes” calling out Hall of Fame notables while the launch was captured, edited, and uploaded to YouTube.

The resulting media coverage brought sky-high publicity value for the launch, including coverage by the Associated Press and New Jersey’s top broadcast, online, and print media — including The Press of Atlantic City, The Jersey Journal, The Star Ledger, 101.5, NJTV, and News12, to name a few.