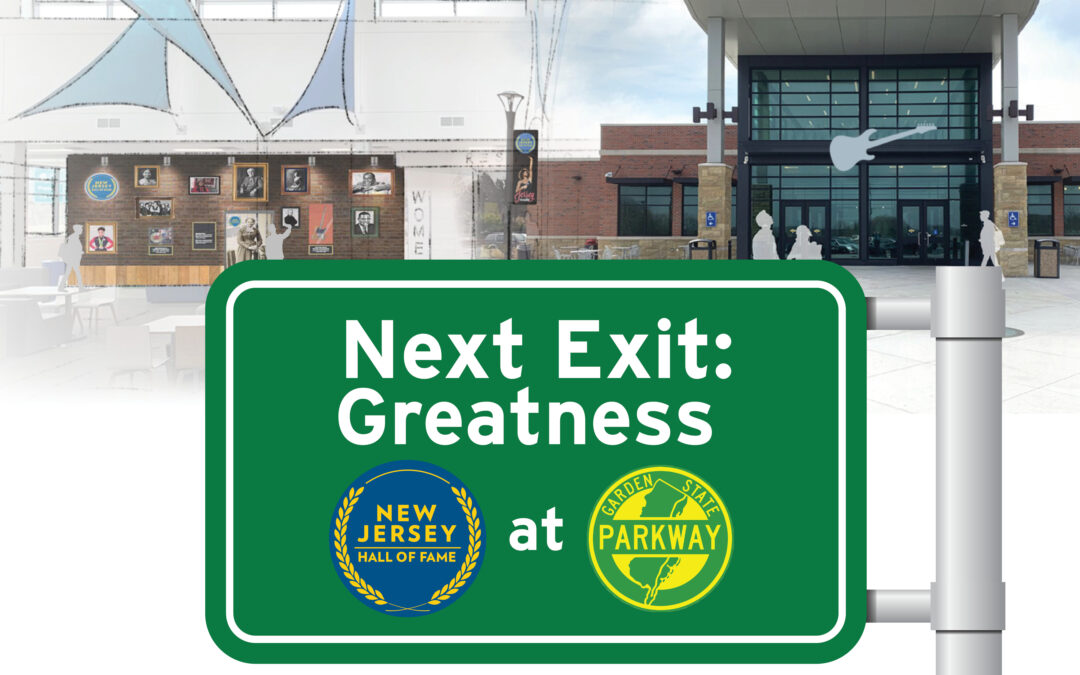 To showcase the outstanding talent of the people of New Jersey and their contributions to the world, Governor Phil Murphy announced today that the New Jersey Turnpike Authority is renaming nine service areas on the Garden State Parkway after iconic New Jersey Hall of Fame (NJHOF) inductees in the arts, entertainment and sports. Nine service areas will be renamed as follows:

“This is about putting New Jersey greatness on full display,” said Governor Phil Murphy. “This is the first part of an extended statewide exhibition of New Jersey heroes throughout our state. From military heroes on the Battleship New Jersey to historical figures on the New Jersey Turnpike to science and technology trailblazers at Newark Penn Station, New Jerseyans will find pride in our contributions to society and the world.”

“Our State’s rich cultural history has fostered an incredible number of talented individuals who have brought great pride to New Jersey through their contributions in entertainment, sports, arts and more,” said First Lady Tammy Murphy. “By highlighting the past achievements of New Jersey residents, we aim to encourage hope for the future success stories of our great state, and maybe even inspire the next Toni Morrison or Jon Bon Jovi  to achieve all that they can through the opportunities afforded in New Jersey.”

“Millions of New Jersey drivers travel on the Garden State Parkway every day,” said New Jersey Department of Transportation Commissioner Diane Scaccetti-Gutierrez. “The service areas they visit during those travels are a fitting place to call attention to the accomplishments of their fellow New Jerseyans in the arts, entertainment, and sports. And there is no organization better suited to identify the New Jerseyans worthy of this recognition than the New Jersey Hall of Fame.”

“New Jersey’s leaders have joined with New Jersey Hall of Fame to inspire people to become leaders in their own fields as they travel along the Garden State Parkway,” said NJHOF Chairman Jon F.Hanson. “We’re grateful to the Governor, the First Lady, the New Jersey Turnpike Authority, and Senator Patrick Diegnan for their leadership. We heartily thank Robert C. Garrett, FACHE, CEO of Hackensack Meridian Health, as our Lead Sponsor and Premier Healthcare Partner.”

“We encourage patrons in each service area to identify with one of our inductees and take to heart the advice our inductees provide on how to reach the pinnacle of their respective professions,” said Steve Edwards, President of the New Jersey Hall of Fame. “ The rest is up to you!”

The New Jersey Turnpike Authority Board of Commissioners voted unanimously today to rename the nine service areas in honor of these notable New Jerseyans.

In keeping with the New Jersey Hall of Fame’s mission, the Garden State Parkway service area exhibits will encourage people to purposely choose their own heroes and learn about their paths to success.

Garden State Parkway service area parking lots will now welcome visitors with banners of NJHOF inductees, and each service area will contain Hard Rock Cafe-style exhibits including inspirational posters designed by renowned New Jersey architect Michael Graves, compelling artifacts, and an interactive Wall of Fame featuring a life-sized video monitor showcasing over 200 biographical vignettes of all inductees and their acceptance speeches. Service area patrons will be invited to pose with various Jersey legends and share the photos on their social media platforms.

While all New Jersey Hall of Fame inductees will be showcased, each service area will be themed in the categories of arts, entertainment and sports.