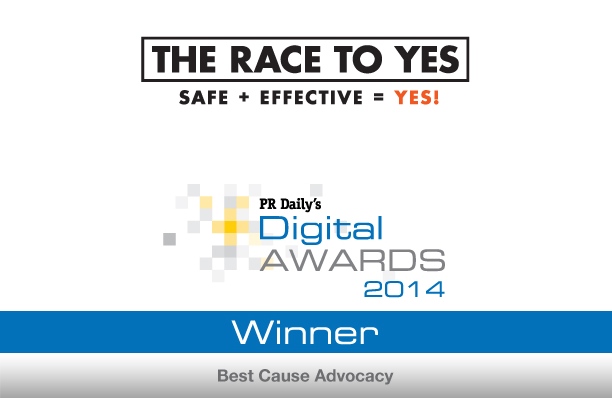 Together with WSW – Winning Strategies Washington  we supported Charley’s Fund and Team Joseph to create and launch the “Race to Yes” campaign raising national awareness regarding new therapies for those facing Duchenne muscular dystrophy.  The centerpiece of the successful campaign beginning in April 2014 involved gathering over 106,000 online signatures within 30 days using the White House petition portal.

As a result of all the media culminating in a front-page Washington Post story, and the largest ever public testimony before the FDA, the agency in 2016 acknowledged the scientific case and  accelerated approval for the promising therapy.  While The “Race to Yes” campaign garnered “Best Cause Advocacy” and “Best Community Engagement” in Ragan’s PR Daily’s 2014 Digital Awards, the real gratification comes as those facing Duchenne gain access to  safe and effective therapies. Here’s the Case Study. 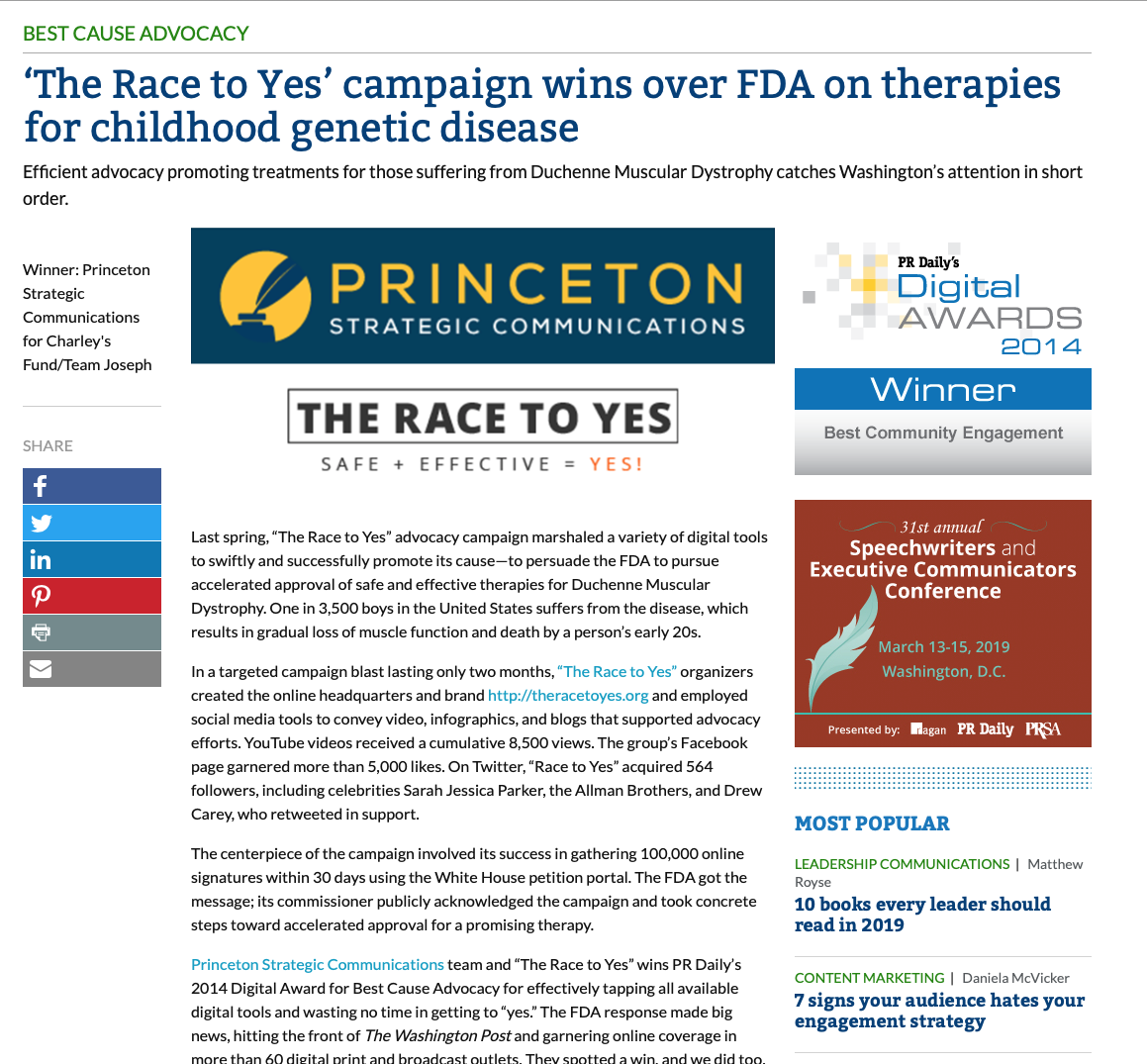